Winner of the Pulitzer prize in 1974 and the culmination of a life's work, The Denial of Death is Ernest Becker's brilliant and impassioned answer to the "why" of human existence. In bold contrast to the predominant Freudian school of thought, Becker tackles the problem of the vital lie -- man's refusal to acknowledge his own mortality. In doing so, he sheds new light on the nature of humanity and issues a call to life and its living that still resonates more than twenty years after its writing. Buy on Amazon here 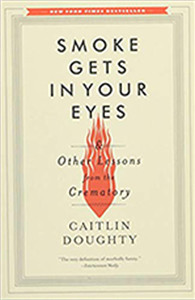 Armed with a degree in medieval history and a flair for the macabre, Caitlin Doughty took a job at a crematory and turned morbid curiosity into her life’s work. She cared for bodies of every color, shape, and affliction, and became an intrepid explorer in the world of the dead. In this best-selling memoir, brimming with gallows humor and vivid characters, she marvels at the gruesome history of undertaking and relates her unique coming-of-age story with bold curiosity and mordant wit. By turns hilarious, dark, and uplifting, Smoke Gets in Your Eyes reveals how the fear of dying warps our society and "will make you reconsider how our culture treats the dead" (San Francisco Chronicle). Buy on Amazon here

Fascinated by our pervasive fear of dead bodies, mortician Caitlin Doughty set out to discover how other cultures care for the dead. From Here to Eternity is an immersive global journey that introduces compelling, powerful rituals almost entirely unknown in America. Buy on Amazon here

When a catastrophic event happens, your life changes in an instant. It may take some time for you to arrive in your new reality. Your life can take on a surreal quality. You may be in shock; you may feel like you are living in a haze, everything around you seems distorted. You may be unable to concentrate on anything; everything may be hyper clear, or moving in slow motion. Your thoughts can explode in a millions directions. There is a fracture in your life. You don't know how you are going to fix the fracture. You want to fix it, and you remember yet again that nothing will ever be the same again. It is the space between the way things were yesterday and the land you are forced to move to without wanting to move there. The suddenness of this fracture may mean that it will take some time for you to catch up with all the changes, both energetically and physically.Buy on Amazon here 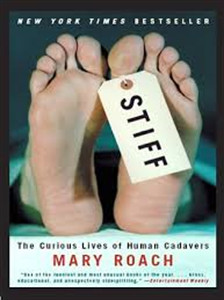 Stiff is an oddly compelling, often hilarious exploration of the strange lives of our bodies postmortem. For two thousand years, cadavers―some willingly, some unwittingly―have been involved in science's boldest strides and weirdest undertakings. In this fascinating account, Mary Roach visits the good deeds of cadavers over the centuries and tells the engrossing story of our bodies when we are no longer with them. Buy on Amazon here

Since the time of the ancient Greeks, human beings have believed that hope is essential to life. Now, in this groundbreaking book, Harvard Medical School professor and New Yorker staff writer Jerome Groopman shows us why.

The search for hope is most urgent at the patient's bedside. The Anatomy of Hope takes us there, bringing us into the lives of people at pivotal moments when they reach for and find hope, or when it eludes their grasp. Through these intimate portraits, we learn how to distinguish true hope from false, why some people feel they are undeserving of it, and whether we should ever abandon our search. Buy on Amazon here 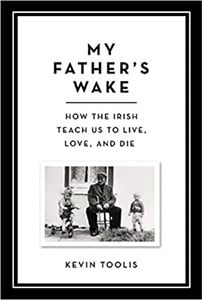 In My Father's Wake, acclaimed author and award-winning filmmaker Kevin Toolis unforgettably describes his own father's wake and explores the wider history and significance of this ancient and eternal Irish ritual. Perhaps we, too, can all find a better way to deal with our mortality--by living and loving as the Irish do. Buy on Amazon here 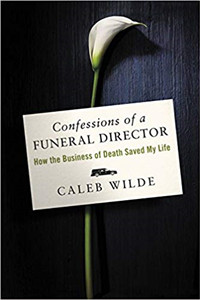 Sixth-generation funeral director Caleb Wilde understands this reticence and fear. He had planned to get as far away from the family business as possible. He wanted to make a difference in the world, and how could he do that if all the people he worked with were . . . dead? Slowly, he discovered that caring for the deceased and their loved ones was making a difference—in other people’s lives to be sure, but it also seemed to be saving his own.Buy on Amazon here